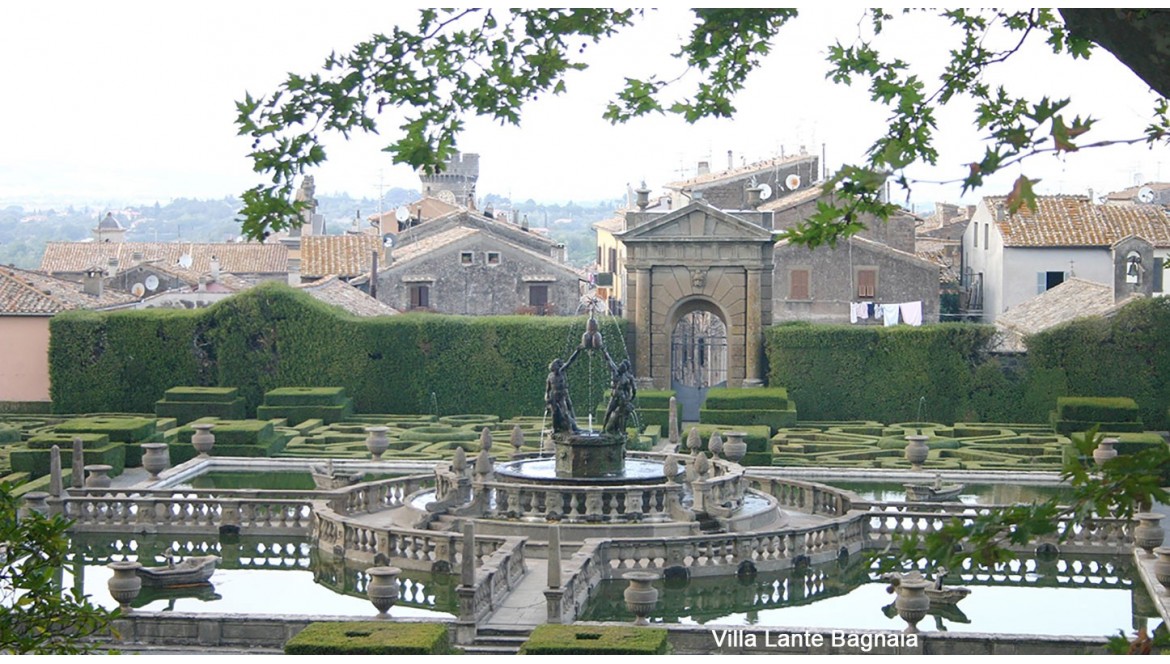 We are happy to invite you to visit our amazing town and enjoy the visit of one of our best secret jewelry, the renaissance gardens.

BY ANDREA PASCALE
Surely nature is one of the main touristic attractions of Viterbo. In this territory you can find sea, volcanic lakes, beech forests, woods where hiking and many parks and gardens, both natural and modified by humans.
Now we are going to look at the 5 best gardens of Viterbo you can not miss during a trip in northern Lazio, around Viterbo.

The Gardens of Palazzo Farnese 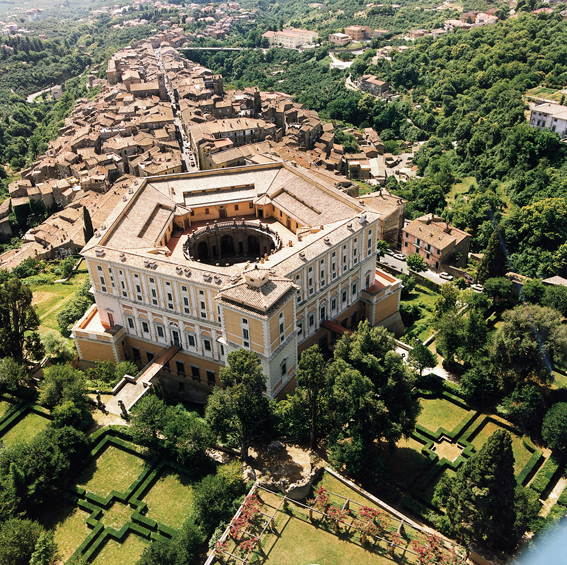 Without any doubt one of the best places to visit near Viterbo is the Palazzo Farnese in Caprarola.
Here there are two levels of gardens. The lowest ones are close to the Villa, while the others are a bit further away and you have to walk 5 minute up to the hill if you want to reach them.
The two gardens were unified at a later stage, even though they were built at different times. The “Low Gardens”, made by Vignola, are the perfect combination of nature and architecture of renaissance.
The “High Gardens” were realized later were designed with a pattern through fountains and tree-lined streets leading directly to the “Casina of the Pleasure”.
The initial design of the gardens is attributed to Vignola, although they were effectively made by Giacomo Del Duca and later Girolamo Rainaldi.

The Gardens of Villa Lante 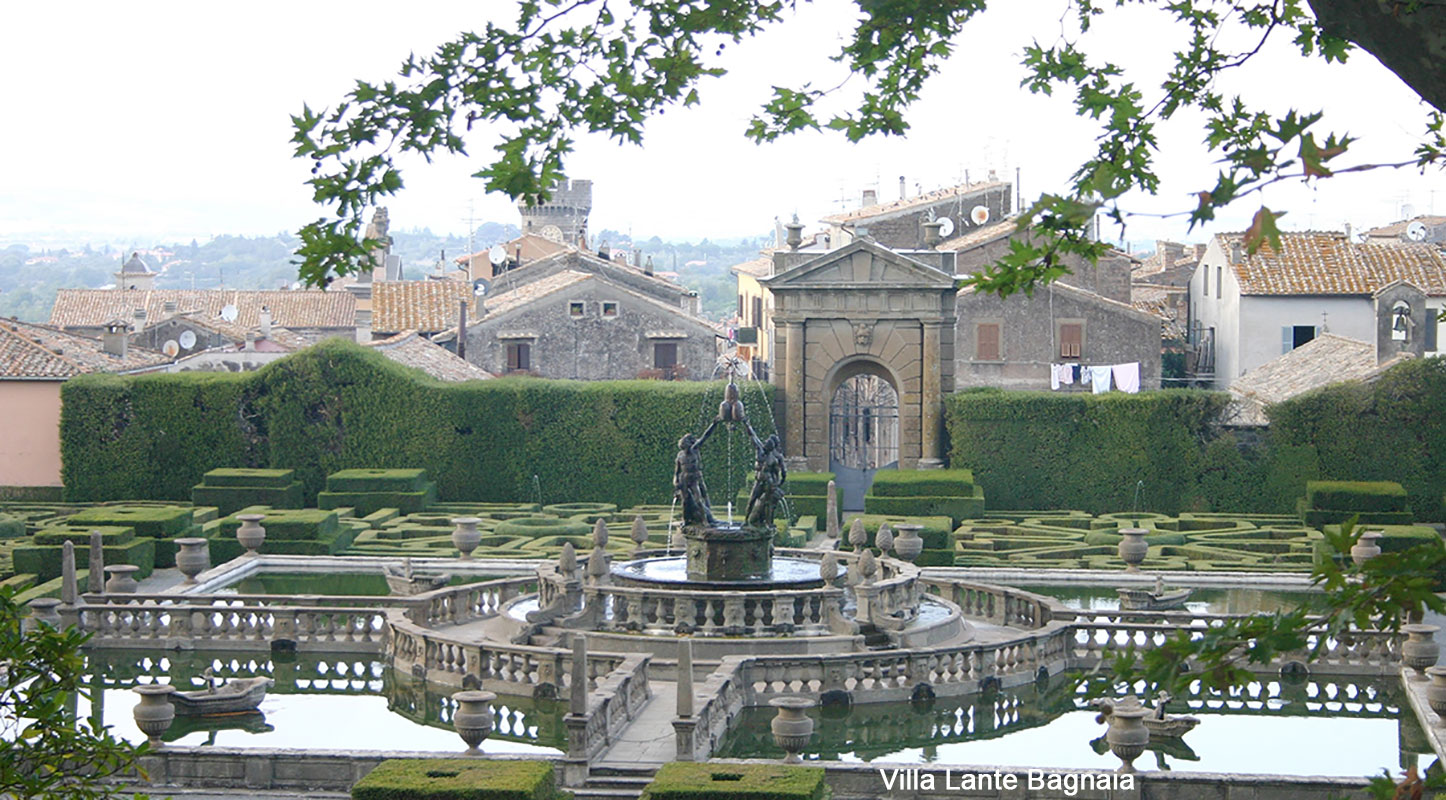 Another beauty of the Cimini Mountain to not miss are the Gardens of Villa Lante, which are the symbol of the perfect union between architecture and nature.The garden that surrounds the Renaissance building, the many fountains through the park, the tall trees of the wooded area blent together to create a small oasis of beauty in the heart of Bagnaia, very close to Viterbo.The park, originally was made for hunting and relaxing long walks, became the main attraction of Bagnaia.It was designed by the famous Vignola, requested by the Cardinal Gian Francesco De Gambara. The gardens of Villa Lante are full of numerous fountains. The best ones are the “Cave of the Flood” and the “Fountain of the Moors”.

The gardens of Castello Ruspoli 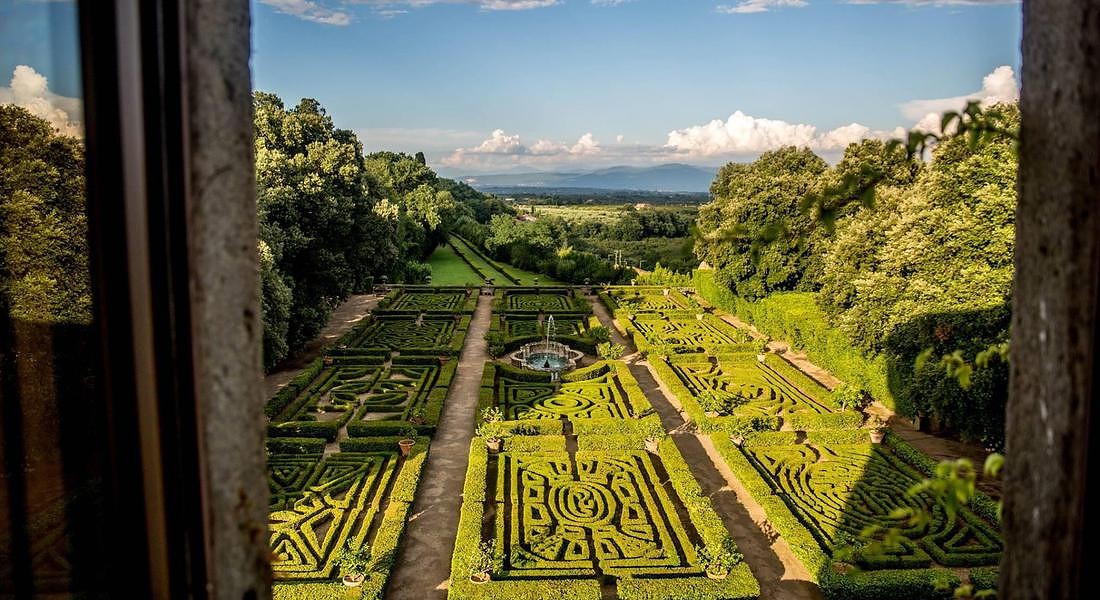 The park of Castello Ruspoli in Vignanello, is one of the most famous and most successful examples of Italian gardens of the seventeenth century.
After many vicissitudes and alterations, in the early eighteenth century the property and then the castle took the name Ruspoli.
The large rectangular space of the garden is crossed in length and in width by four boulevards that surround 12 spaces (parterre) aligned. The square encloses at the center a beautiful pool surrounded by four arches of balustrades.

The Park of Monsters 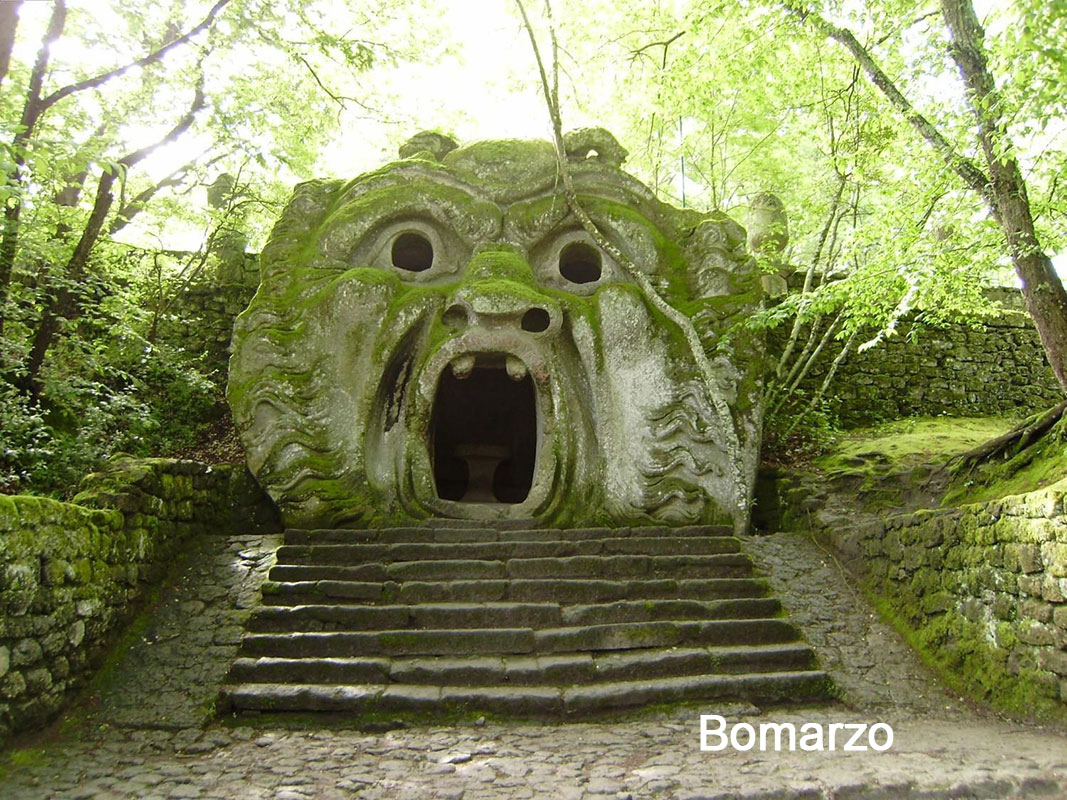 “The Villa of Wonders” also called “The Holy Forest” or in a common “Park of Monsters” is in Bomarzo and is a unique and a rare park were art and nature blend in together.
These gardens were designed by Prince Vicino Orsini with the architect Pirro Ligorio, in the mid-sixteenth century.
Compared with the Renaissance tradition when the gardens were based on geometric rules, the Monster Park is a unique style completely different.
What you can see in Bomarzo is in fact an original and eccentric forest where the prince Orsini inserted mythological figures, animals and monsters, all carved in lava stone and flanked with other special elements such as the bent house, the funerary temple and a number of obelisks with inscriptions. All of this were built without any rules of perspective or proportions.
After the death of the Prince Orsini, nobody took care of the park, who was abandoned for centuries but lukely at a later stage was rediscovered and revalued by artists such as Johann Wolfgang von Goethe, Salvador Dali, Mario Praz and Maurizio Calvesi. 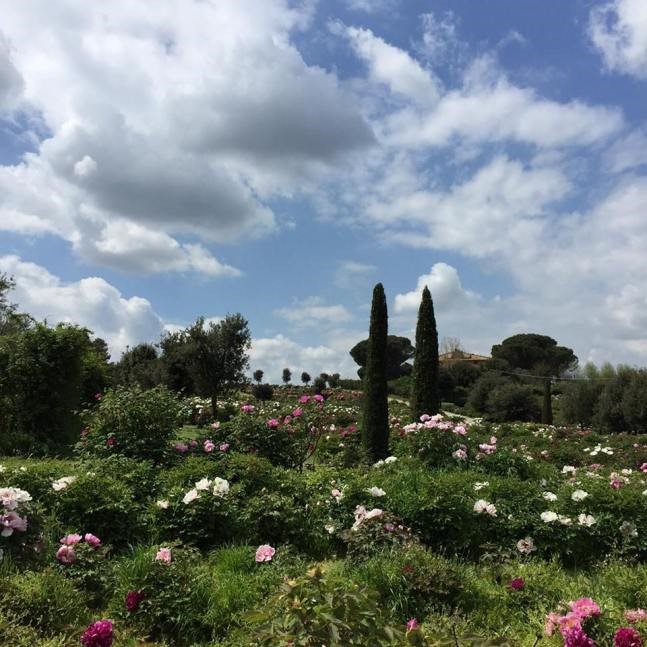 The Botanic Moutan Gardens are located in Vitorchiano just a few kilometers from Viterbo. Here there are the richest and most complete collection in the world of Chinese herbaceous and tree peonies.
This is indeed a precious corner of China in the heart of Tuscia.There are more than150,000 plants of 600 different varieties, belonging to all known plant species which have found an habitat perfect to growth.
If you visit the center in spring, during the flowering period, you can follow the paths made in order to fully appreciate the colors and the scents of these magical plants cameing from the Far East.