How could a small village immersed in the uncontaminated Viterbo countryside survive depopulation and its consequent disappearance?

Turning what seemed like a recurring nightmare into a dream!

All the villagers, united by the common desire to save their village, after long discussions in the only tavern in the country, helped by the good wine that they themselves produce, have found an equally worthy dreamer who believed in their project. Today, after a few years and still with many murals to be made, dozens of tourists, young and old, have replaced the cats that filled the streets of Sant'Angelo. The villagers have turned into impromptu tourist guides, and the old tavern has risen to the rank of bar and ice cream shop. And all live happily ever after! 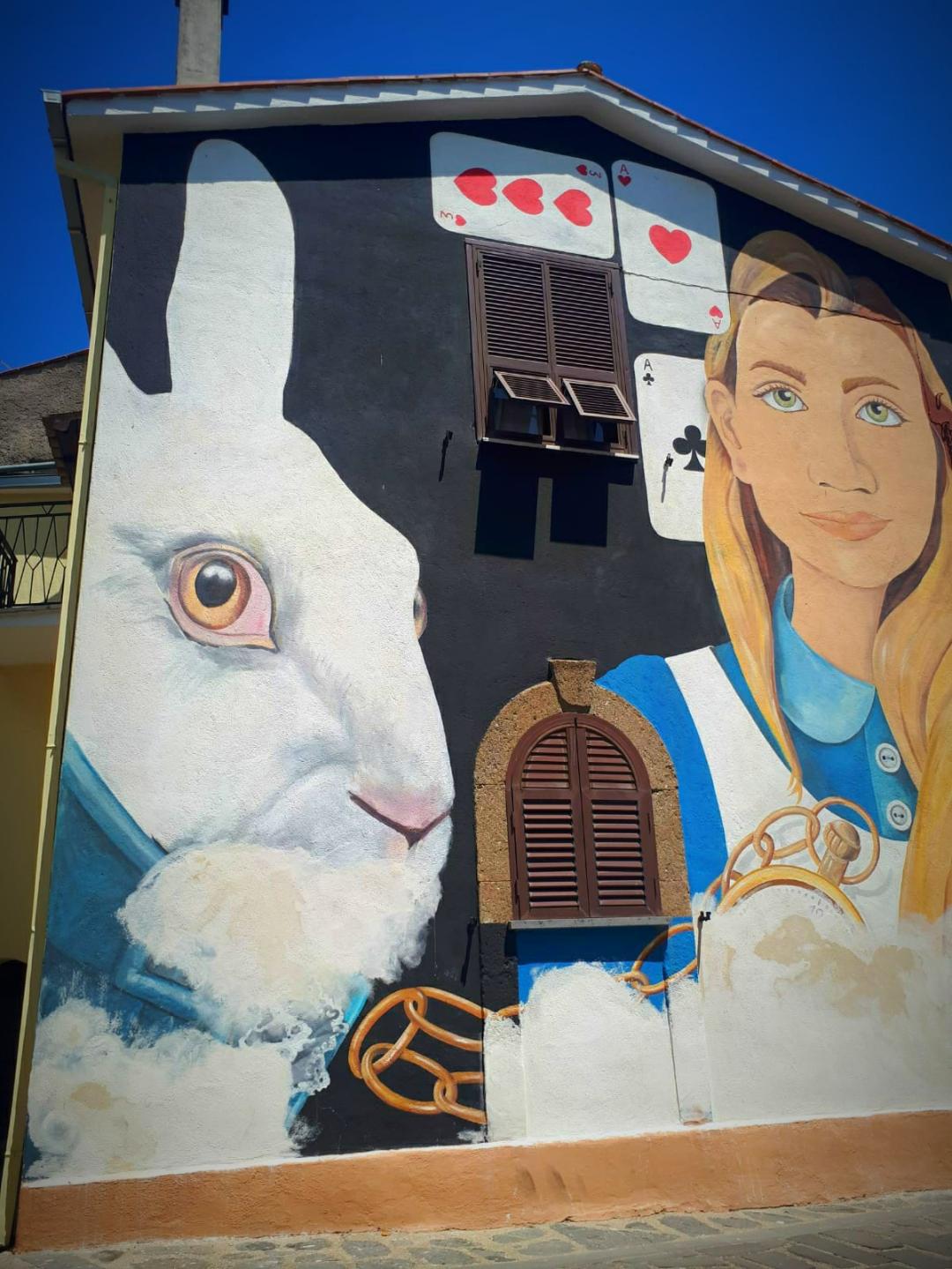 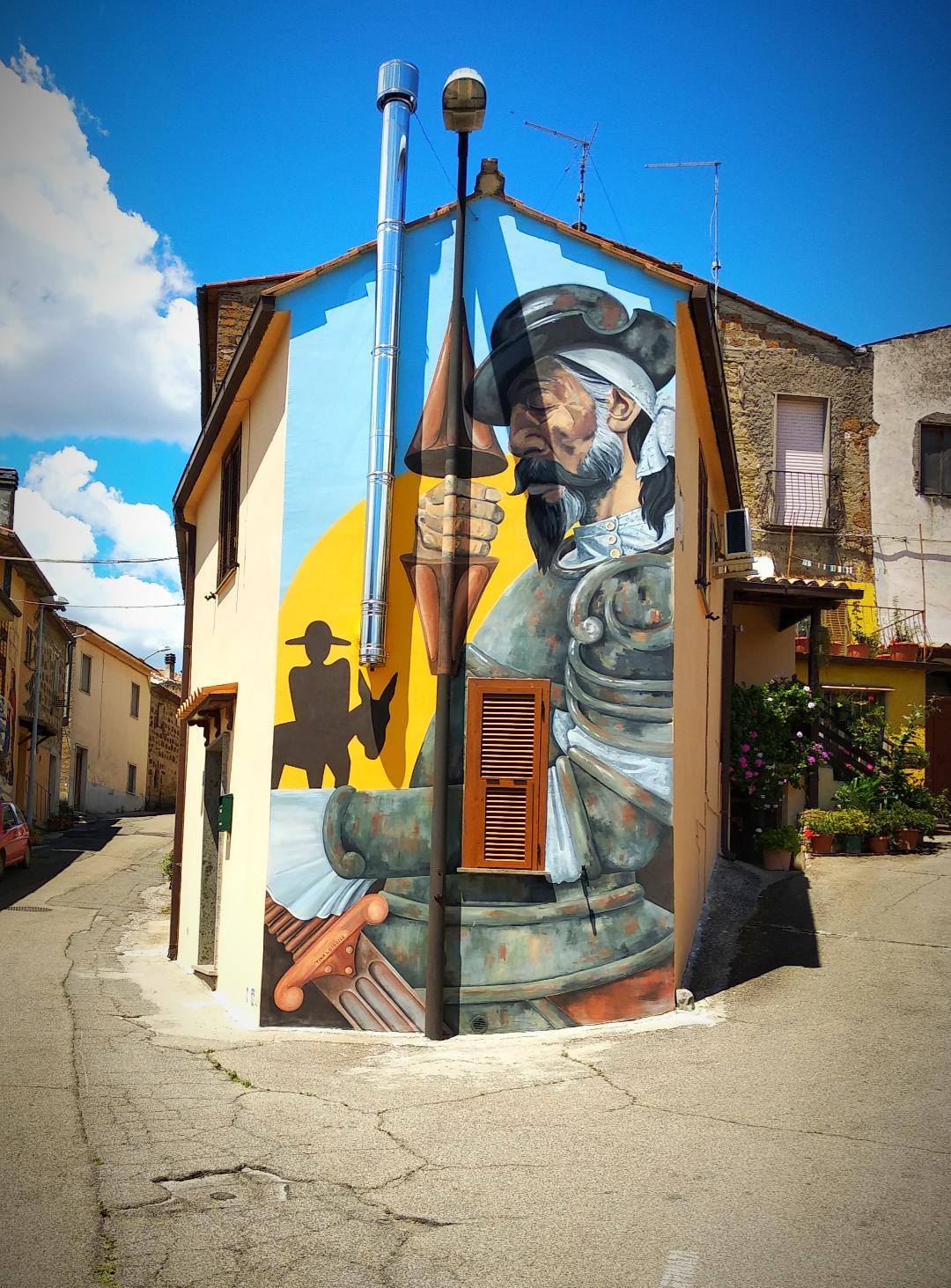 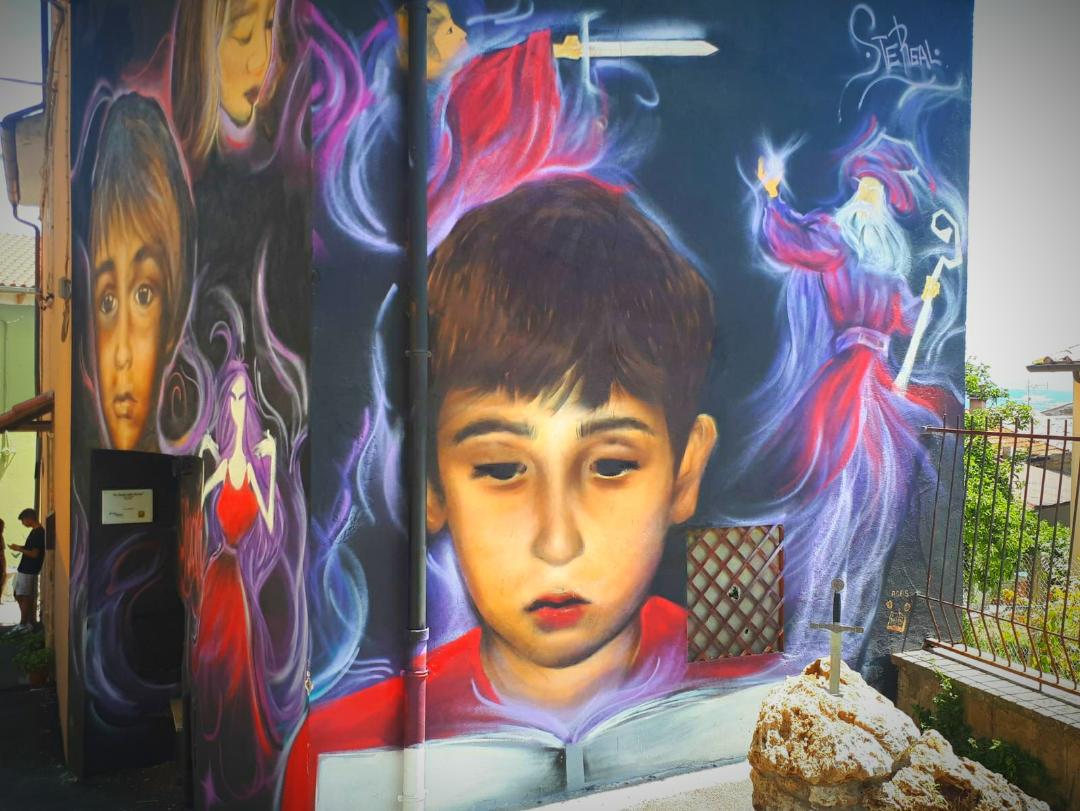 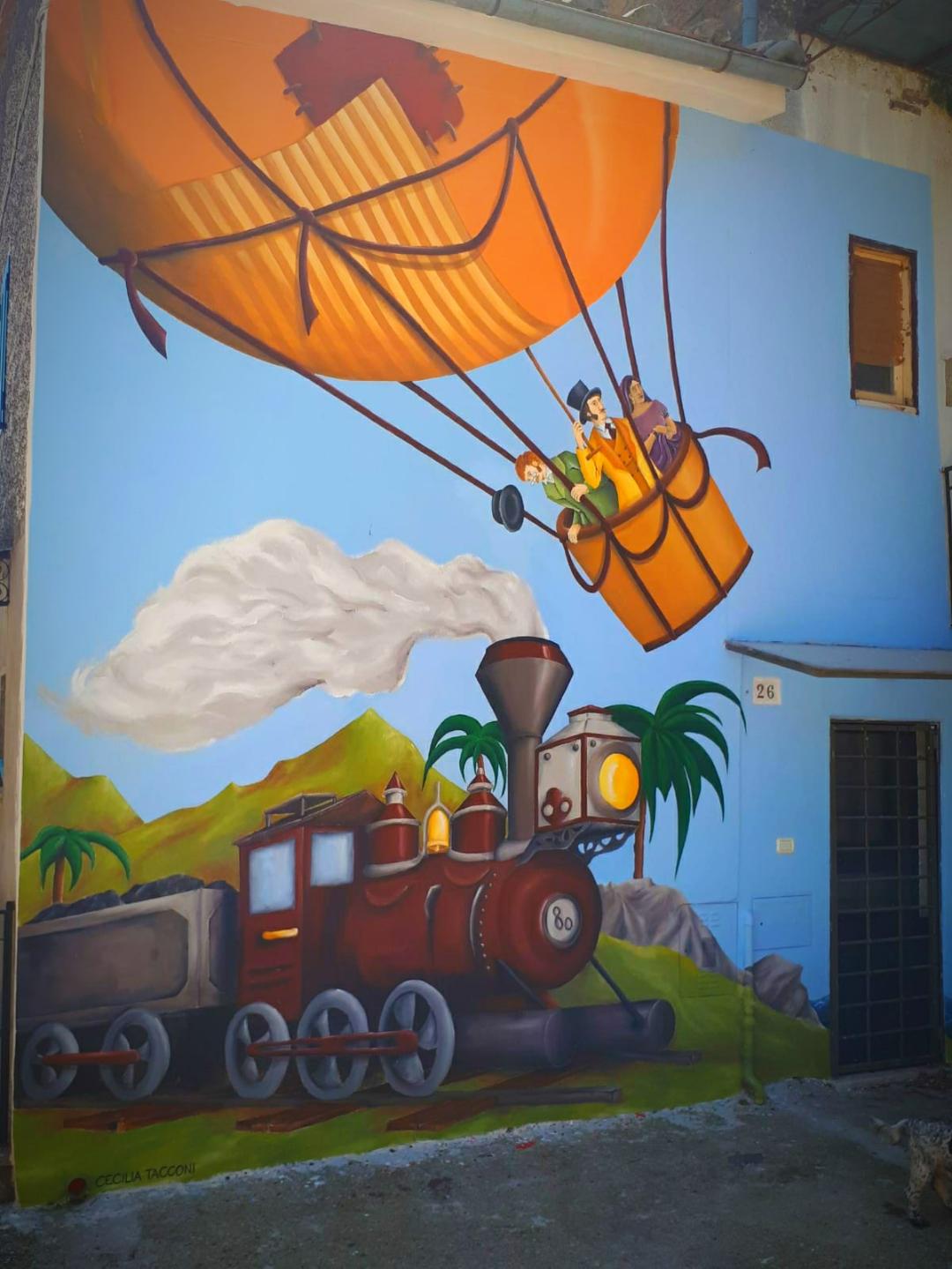 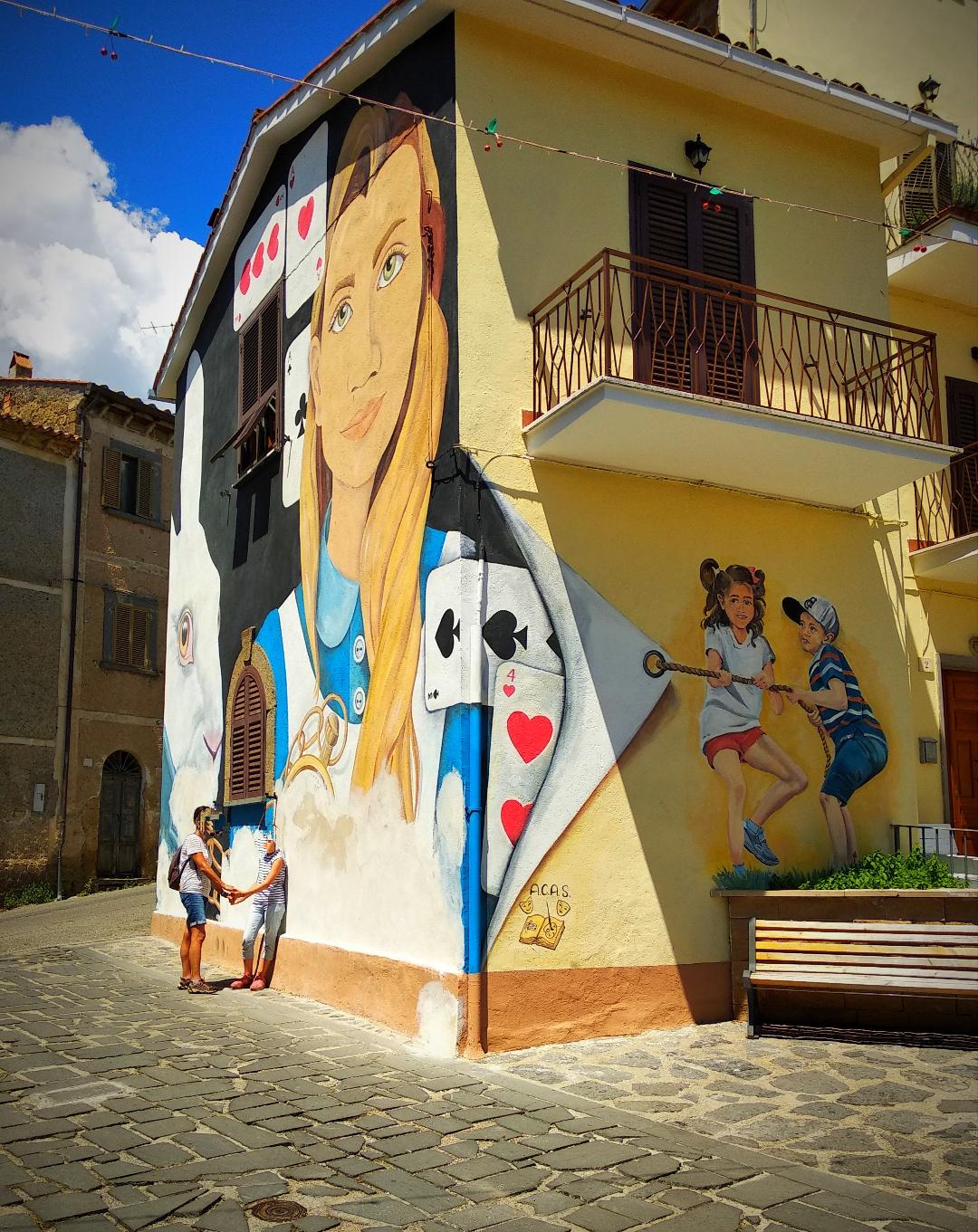 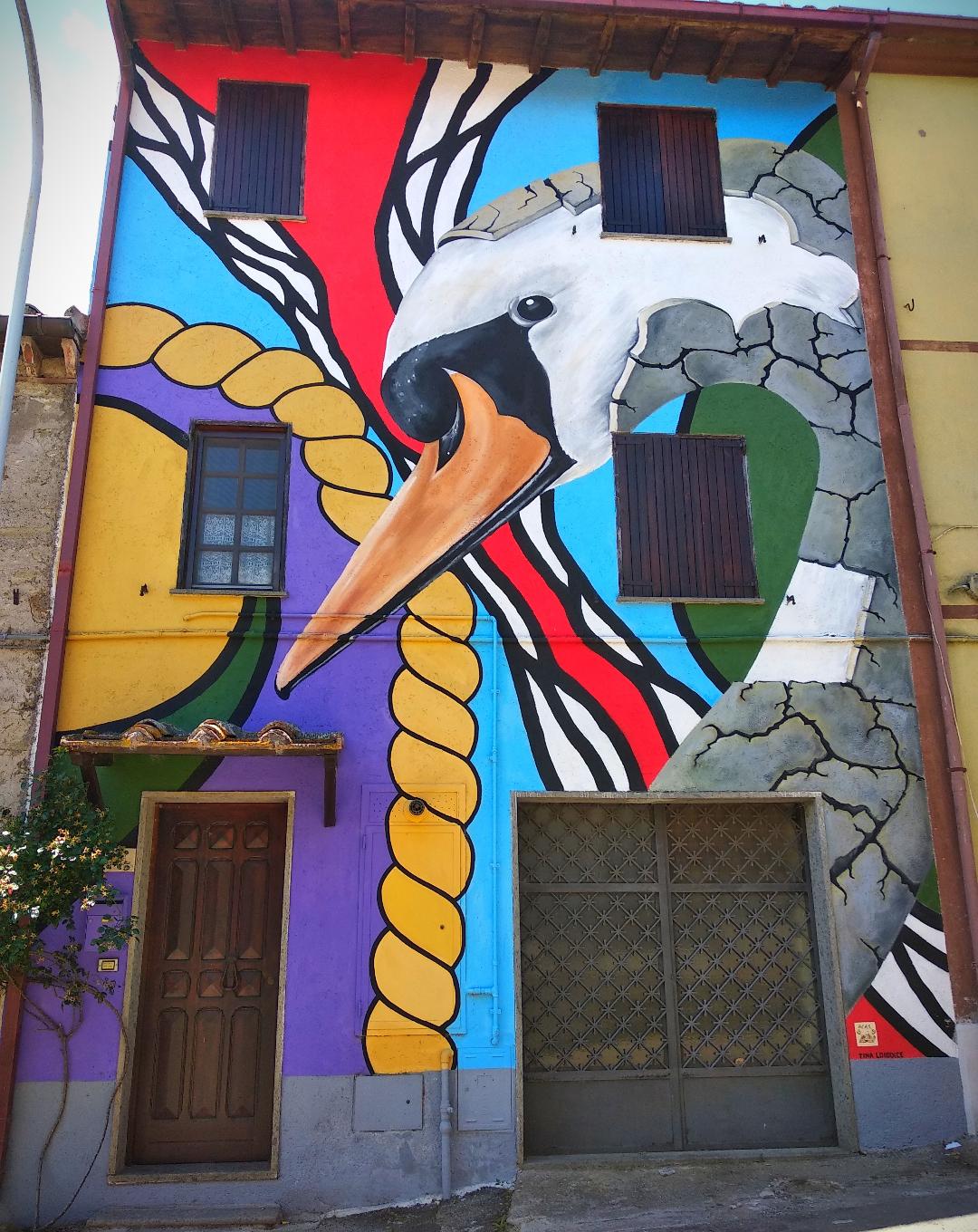